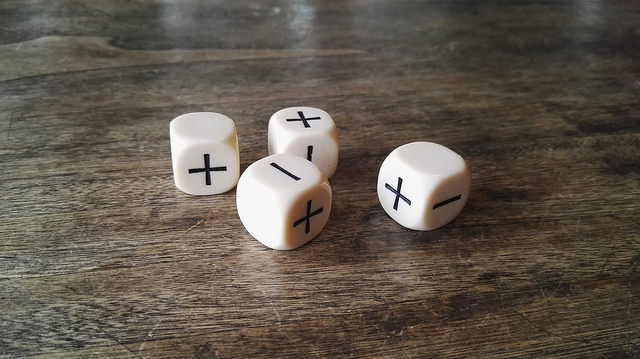 I ran a tabletop RPG campaign last year. I’ve been a player in a game for a while, but this was my first time as Game Master and I had some special goals:

We played Fate Accelerated, a light-weight game system that focusses on narrative rather than simulation. I think it’s good to know the rules before you break them, so I didn’t use any house rules. However I did call our sessions “episodes” and the campaign a “season” because everyone likes TV.

There were six of us, meaning five player characters (PCs).

In the first episode, the players created their characters. We agreed on a rough concept for the game world and started playing.

It was incredibly exciting and difficult to make things up as quickly as the players required them. After that, I knew I needed to prepare before next time.

I put together an evil plot, tying in the events from the messy pilot episode and a few player character backstories. It was very simple: the villain wanted to find three magical artifacts to summon a demon.

I imagined a story where the heroes would try but fail to stop the villain get each artifact, becoming more and more desparate until the final confrontation at the demon summoning. That’s how it works on The Vampire Diaries! 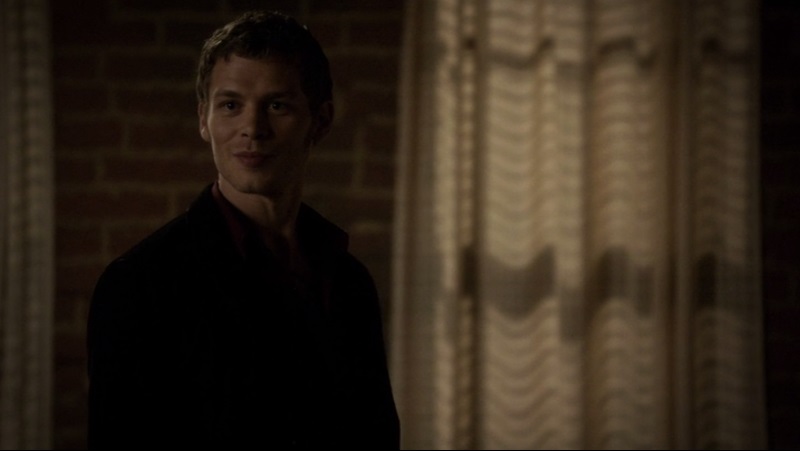 Unfortunately, the players stopped my villain from getting the first artifact. And then they destroyed the second one!

Wow. I was not ready for that.

Once I mentally recovered, I course-corrected: the villain made alternative plans. And now they’re angry! The tension can still rise towards Act 3, even if the heroes have been winning.

But these changes complicated the plot. I knew what the villain would do next, but the players didn’t. And they didn’t know how to find out.

Player confusion was our biggest problem

I deliberately didn’t plan what the heroes would do, but this left them floundering. They often got stuck, trying to find the right words to say to get me to tell them what to do next. I felt stuck too, because the questions they were asking were often so far off track that I couldn’t think of any answer that was helpful.

It would have worked better if I’d made the players collect artifacts, while the villains tried to stop them.

The lesson here is to give the heroes clear direction, even if they have the freedom to ignore it. And remember that the players might win or lose any encounter, so you can’t control the ups and downs the way a TV writer would.

I set up the evil plot to develop over a week of in-game time, which I hoped would span the five episodes of our show.

This was bad. Setting specific dates slowed down the game. The worst example is that I wanted to have the villain do something evil at a concert on Saturday, but I just couldn’t get to Saturday fast enough. This left the players hanging around with no evil to react to.

I eventually dealt with this in-universe. I made something happen that forced the baddies to act faster and abandon their original Saturday concert scheme.

This awkward fix had side-effects: the plot grew more complicated, and the players were confused (does this sound familiar?) They still thought the concert would become relevant, so looked for non-existent leads. I’d spent a lot of energy foreshadowing the concert, and the players were invested in it too. All that energy led nowhere and was wasted.

I think I was too eager to introduce an epic, multi-episode storyline. I should have used one-episode stories until I had a better sense of how to pace things.

The first episode, which started immediately after character creation, was a mess.

I made snap decisions that haunted me for the rest of the season. The worst was when I accidentally said one of the baddies was working for the good secret organisation, instead of the evil one. I spent a lot of energy over the rest of the series trying to explain how this betrayal came about. The truth was: a player asked me who the NPC worked for, we’d only just named the groups, and in the heat of the moment I named the wrong one. Oops.

Despite the disasters, having the pilot episode right after character creation was the right choice. Seeing what went wrong showed me exactly what I needed to plan for for next time – and what I could get away with making up on the spot.

I thought I gave the players a lot of freedom. I never told them where to go or what to do.

Looking back, I think I could have done a lot more. I was thinking about freedom like in Skyrim, a video game where you can go wherever you like. But in Skyrim you actually have very little power to change anything.

Let’s look at a plot from The Vampire Diaries. (Spoilers for TVD season 2.) In the show, The Sun and The Moon Curse was a spell that affected all vampires and werewolves. The curse made vampires burn in sunlight. Before the curse, they could walk by day. The curse also made werewolves change on the full moon. Before the curse, they could change (or not change) whenever they wanted.

Here’s the cool part (still spoilers): you can break the vampires’ curse or the werewolves’ curse, but not both. If one part is broken, the other part will remain forever.

Imagine if your players were able to make that choice! It’s a huge decision with permanent consequences. They might be dealing with the repercussions for the rest of the season. The players would feel like they had real power and that the world belonged to them, not just the GM.

Something to try next time :)

I’ve focussed a lot on what went wrong. Here are two moments that the players enjoyed a lot:

The players wanted to kill a demon, who had taken the form of a barista at Starbucks. They learned that the demon could control anyone who made eye contact with it.

The player characters (PCs) decided to protect their eyes with cheap sunglasses from a nearby convenience store. But one of the PCs said she was too stylish to wear cheap sunnies, and left the group to buy expensive sunglasses instead.

I cut to the divergent PC in the glasses store, and had one of the villain’s henchmen confront her there. He told her to give up and back off, etc. In response, she attacked him, overpowered him, and forced him to reveal some crucial details of the evil plan.

All of the players seemed to love this scene, even though most of them weren’t in it!

I don’t know why, but I can guess. When that player made their character storm off to a glasses store, they were just messing around. They didn’t expect anything real to happen there, and when the scene ended up being crucial to the plot, I think it felt a bit magic.

Or it might have just been that we played the scene well. It’s a lot easier with only two people, rather than the whole group. 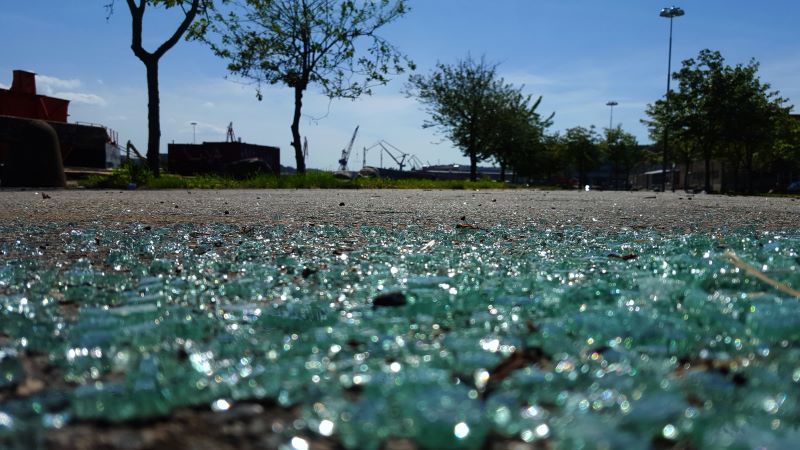 The players destroyed a magical artifact that was essential to the villain’s plan – and my plan too.

The artifact was on a tripod near the edge of a rooftop. The player trying to deactivate it rolled “succeed with a cost”. I did not want it to fall off the roof, but when I saw the dice, I knew it had to happen. The rooftop edge was a Chekhov’s gun. Only one outcome made narrative sense.

The artifact fell to the ground and smashed into a thousand tiny pieces. I didn’t hide the fact that the players had just broken the story, and I had no idea what would happen next. Apparently, this made it more exciting!

I said we’d end after 5 episodes, and we did. But it was rough. In the final episode, I cut out every subplot, frantically trying to get to the conclusion in time. NPCs inexplicably stopped fighting and agreed to work together. People who were on their way never showed up. The quieter players were sidelined as the loudest ones pushed towards the end.

I ended with a cliffhanger, but it didn’t come across well. The players had much less context than I did. I knew that they had just saved the world (with a minor complication of releasing a powerful demon.) But from their point of view, releasing the demon seemed like they’d lost – I’d never made them fully aware that the real threat was the human villain who they managed to stop.

And this is probably inevitable, but I thought up a much better final line 10 minutes later. Arg!

This was a success. Despite the players often being confused, and the evil plot being frustratingly stretched out over time, we still managed to have adventures and real plot progression in every episode.

I’m proud of how this went. I had a list of NPCs (each with a secret), a list of supernatural locations and one evil plan. It didn’t take long to make and it meant I always had something ready to reveal.

I took this too far and didn’t give the players enough guidance. Next time, I’ll give them more direction, but also try to make their actions have a visible impact on the world.

Overall, it was a rough and messy campaign, but it had some great moments and I learned a lot.

Although I didn’t achieve all my goals, I am pleased with the goals themselves – I’m happy to keep working towards the perfect short, fast-paced, improvised RPG with total player freedom. And teenage vampires.